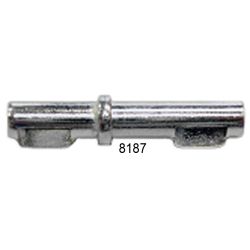 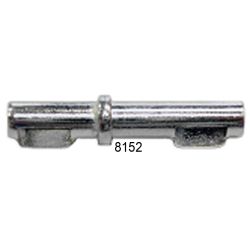 For use with TAT Models 8402 & 8905 Digital Tachometers. Single output senders and sensors (single pair of wires) produce enough power to run up to 5 tachometers
Dual output senders and sensors (two pairs of output wires) are typically used when an auxilliary instrument, such as an electronic engine control, requires engine speed input
On mag-pickup sensors, the installed length is adjustable; thread size is determined by the port on the engine
The #8619 adapter is necessary for Ford Lehman engines (typically 1977 and later) which do not come with a factory-installed housing for a mechanical sender; similar adapters are available for Perkins and Volvo engines
The #8152 replacement drive pin is typically needed for new installations on pre-1976 engines which won't accept the newer 0.187" drive pin that comes on new senders